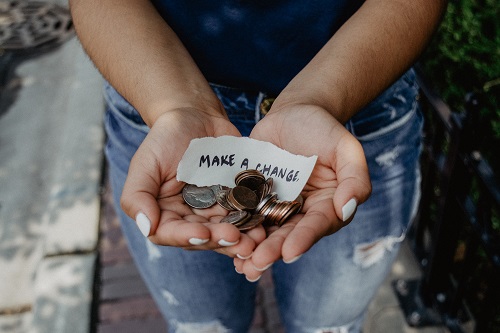 My title might sound to you like an oxymoron but hear me out.
Today I realized why I am not a millionaire because I was afraid of success all my life.

I am trying just to survive in a cut-throat world when the internet unleashed a lot of potentials but also helped crooks become rich.
So I was thinking that I was pretty young at the beginning of the internet and I had lots of ideas, however, I had no guts to try my idea.
And then I realized how many liars and cheaters are around us, and how many of them deceive us with their well-written articles.

Example of People That Succeed and How they act

Let’s take one example. Please, N.P if you recognize yourself in this article and, if you read this, do not get upset because in the end is just the truth.
OK, so this person calls himself a big SEO and repeats what Matt Cuts says and acts like a big shot, even his business that is recorded in Nevada is named ” I’m Kind of a Big Shot”. (Name changed to protect the innocent)
Really? How arrogant.

Just because you have money – you should not flaunt them to anyone’s face, there are people that are kind of big deal but can’ t make it because you cornered the market.

Why I think he is a hypocrite

He sends lots of newsletters in which he brags how many people visits his website and how he makes millions.
OK so one week I received a message in which he brags how smart he was and how he made a million, and next week, he sends a new newsletter in which he says ” you should not say on the internet how much you make”
Really?
So which is? Should I tell or should I not.
Well but this article is not about this entrepreneur or about bashing his credibility- anyhow you or I do not have enough money to pay his majesty for SEO.
This article is just an explanation of how bold this entrepreneur is.
Bold pays off.

Besides that, it seems to me that being a narcissistic, psychopath is the only way to become richer in this world.

No person kind and warm will ever be rich.

Just a few days ago I read the case of an old woman who is 90 and sues her own son, that he made bad investments with her lottery winning money.

You are ninety years old woman, how long do you think you have left?
And why sue the only person that will inherit your money. Do you think you are immortal?
So I read through the news and I read through the whole internet and I realized, good people are afraid of success.
Supposing you have made a business and is growing as Amazon did, would you do what Jeff Bezos did?

I guess you will not, and this is why I think you are afraid of success.
I know I am.
If you study the human behavior of rich successful people, look at their faces and realize that they are Godless.

I used to sell in Amazon but Amazon got greedy and my sales went from $1000 a month to $200 if I am lucky.
Their rules do not apply to them only to you the third party merchant.
Do you see the name they give privates seller? Third Party likes the “third country.”

So let’s wrap it up.

You and I are destined to live a normal banal lifeong> with ups and downs, with fears and worries from paycheck to paycheck.
What makes us really happy is that in the end, even rich people die, so there is justice.
The universe arranged things in a way that was supposed to be arranged, and in the end, we all are equal.
I am sure the rich are still looking for ways to trick death and live forever, and every time they are closer, something happened and Mother earth shakes her skin and humanity starts from zero again, and again.
You didn’t think that a planet that is 5 billion years old had only 5 thousand year civilization.
Every time, the Equalizer makes justice.
So now if you are not afraid of success then prove it. Work hard, walk on cadavers, destroy business and be who you want to be.

Disclaimer:
All the examples of this article were made with the intention to illustrate that few people who are not afraid of success – are succeeding.